I have been putting of writing the next instalment of my wife and I’s adventure.  Why?  Because it took place over 9 years ago, so much has taken place since then and I have been concerned about not being able to provide the detail – dates/ times/ place names…

However, I’ve decided to go ahead.  I feel I owe it to myself and of course, to my readers.  So please forgive me if I pass some areas too quickly or you feel some of the normal depth is missing.  I will endeavour to paint a picture of both interest and substance.

My wife to be and I landed in Delhi, walked through a crowded and unremarkable arrivals.  We picked up our backpacks and hauled them onto our backs.  Then bent down and picked up our front packs but… avoided putting them on our fronts… not a cool look (that wouldn’t last!).

We walked out of the building and onto a busy pickup area.  There were so many people rushing around and they all had one thing in common – they all seemed to know exactly where they were going.  I think that it was at this point that it hit me – I should have read all the guide books I had purchased.  Apart from booking the first night at a recommended hotel, I had nothing planned.  Here we were standing in the heat and dust of Delhi and we had no idea what to do next.

After speaking to the driver of the first taxi we came across our confidence grew a little.  He knew the address we showed him and also the hotel itself.

In we got, backpacks in the boot and front packs on our lap.  Windows up and we were off… rather slowly.  As we ‘sped’ along my concern began to grow and my confidence dip.  For some reason, as he drove forward, he kept winding down his window, leaning out and looking backwards.  Now, this was a new country and I knew the style of driving would be very different to back home in the UK but surely you should look in the same direction as you were driving?

This kept happening and I began to wonder if something was following us… and then he stopped the car and jumped out.  He walked back, past our door and to the rear of the car.  There was a banging and I peered out just in time to see him furiously kicking the back wheel.  Apparently all was just fine and it was just the small matter of the rear right wheel coming lose and required kicking back on every few miles to stop it coming right off.  So it all made sense.  Thank goodness!

With the wheel ‘securely’ back on straight, off we went on our way to the hotel.  A few more miles and a few more stops.  At least I guess it was a good way to knock out any frustration he might have in life.  Maybe we all need a ‘loose wheel’ in our lives.  He stopped again but this time didn’t get out, he just looked confused.  Was it because the wheel was still on the car..?  He turned around and said that he’d forgotten how to find the hotel.

Back to feeling unprepared, in a very foreign country and not knowing what to do next. We tried talking to him, asking directions but achieved nothing.  It’s OK he said, he would take us to an official tourist office who would be able to help us.

With a quick glance at the wheel and a shrug, we were on our way again.  Only a short distance to the travel agent.  We walked into the office and shook hands with a friendly, professional looking man.  There was a large poster on the wall behind him displaying what I recognised as the official minister of tourism slogan and image. 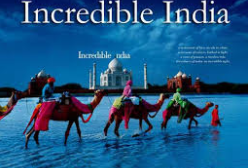 Again, I began to relax… again.

He said, ‘do not worry, I will call your hotel’ and he picked up the phone and dialled the number.  The call ended and he told us some bad news, after speaking with our hotel it seems they had overbooked and no longer had our room.

‘Do not worry, they have a sister hotel and it is very close!.  One of my staff will take you there now’.

I was suspicious do not get me wrong.  However, no money had changed hand, I had said I would not pay the taxi driver extra and he didn’t mind.  A young man drive us in his little air conditioned car, stopped outside a decent looking little hotel and carried our bags in.  They knew our names and seemed to be expecting us.  I mentioned the other hotel and they said that it had been overbooked but again, they were the sister hotel and so not to worry.  The rate and room would be the same.

As I’m righting all I’m thinking is,

In that hotel I was thinking; We are safe; We are in a hotel and everyone speaks English; there is air conditioning; no one has asked for money; everything seems plausible and I’m really happy the wheel stayed on.

The young man said he would come back the following day and take us around a tour of Delhi at a small cost.  We had made no plans beyond our hotel and so, after discussing the cost (which was very cheap) we agreed, shook hands and parted ways.

Out bags were taken to our room which seemed OK.  It was late however, I wanted to take a quick look around.  We went down stairs and headed out the door.  We made it to the corner, looked up and down the street, realised we had no idea where we were or even if it was a safe neighbourhood, turned around and went back up to our room for a sleep.

After a short while I woke to a strand sound in the room…  Lights on I investigate and traced the sound to an air conditioning unit in the wall.  I turned it off but the sound only grew.  It was a bird nesting/ stuck on the other side of the unit.  This continued all night but was the least of the issues…

In the middle of the night my wife put on the light.  Amazingly, I had just fallen asleep and was slightly irritated at being woken.  ‘What is it?’  ‘Something is biting me!’  Getting in her silk sleeping bag liner and tying it tight around her, the light went back off and the bird started off again.

A little sleep later and the sun was up.  A new day had started and the two sleep deprived and slightly lost travellers had woken.    My wife seemed very uncomfortable and couldn’t stop scratching.  Off came the silk liner and out came my wife, just not as I knew her.

She was covered from head to toe in the most horrific looking, angry red bites!  We had no idea what was causing them but guessed is was mosquitoes. Or something similar.  Anyway, our driver and guide awaited.  A couple of anti-histamine and anti-itch cream applied and we went down, front packs over one shoulder (I think two makes you look like you’re on a continental European school trip!).

So far, one flight missed flight (but I was cooking a mean roast chicken at the time) and 364 days of travel instead of the planned 365; no luck getting an upgraded on the hastily booked new flight we managed to catch; lots of alcohol; to many films and not enough sleep; a wheel that a) stayed on and b) possible released some tension; an ‘overbooked?’ hotel; a hastily booked new hotel; a very flappy bird (could have inspired a brand new mobile game and made me millions!) and an AC unit that didn’t work (lucky we weren’t in an incredibly hot country); bitey things in our room and a couple of new, soon to be a little too clingy, friends from our local Ministry of Tourism ‘Official’ Tourist Office!

Not bad for our first 48 hours of our world tour!

More to come on our first full day in Delhi – Mosques; shrines; chipmunks; food (not related to the aforementioned chipmunks), colour (American’s, this is the correct spelling.  Also, boot of the car mentioned earlier is what you may describe as the ‘trunk’); dirt; a chase up the street and lessons in loosing a tail.

Even with our new challenges, we had come with the state of mind that could cope with this and do it with, even if hidden below the surface, with adventure and happiness in our hearts. 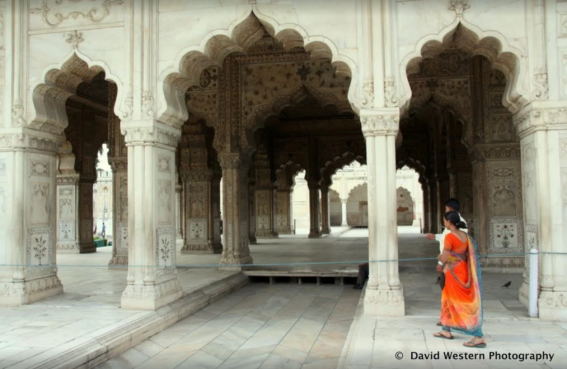 We were in India!

Come, follow me and walk with me in the garden.

If you’d like to read more then follow my blog to be notified of further posts.  If you’d like to leave a comment, opinion or feedback  or just say high then it would be wonderful to hear from you.  The comment box is just below ⇓